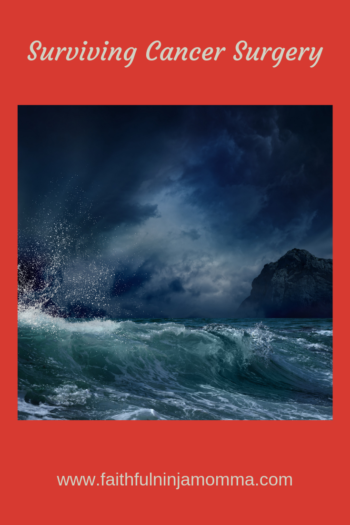 After my cancer diagnosis story, which you can read here, I was scheduled for surgery a couple of weeks later. This surgery was to remove the tumor from my small intestine. It was an intense internal surgery, and I was thankful to have one of the best surgeons working on me!

(Disclaimer- this post may contain affiliate links. If you choose to purchase from one of these links, I may receive a small commission at no cost to you. All advice given is my own opinion and cannot be used as a substitute for consulting a medical or mental health professional.  For more information, please view my disclaimer link page here.)

The original surgeon that did my scope did not perform this type of surgery. So, he sent me to another surgeon the next week.  This guy, Dr. W, was the head of surgery at one of the larger hospitals in Lexington, Kentucky.  That’s about an hour’s drive from our house, which isn’t too bad.

We saw Dr. W two days after the original surgeon’s office visit.  During our visit, he laid it all out for us. He told us the surgery he planned to do was called a Whipple procedure.

It’s basically a surgery where they take part of the stomach, pancreas, liver, and small intestine. The tumor was in my duodenum, which is the U bend of the small intestine, and right beside all these other organs.  He said they would also remove my gallbladder and resection all the organs to make everything “flow” again.

One thing he did tell us was that if the tumor was father progressed than originally thought, which he didn’t think it was, then he would do a smaller surgery that would give me a more comfortable final few months to live.

Even though he didn’t THINK that things would be worse when he got in there, it was still no fun to hear that worst-case scenario. I tried to block that possibility out and focus only on the good possibilities, but shew, it was not easy!!!

At the end of our visit, he scheduled me for Monday morning surgery, sent me to get a CT scan, and gave me my pre-surgery prep instructions, which he said would “ruin my weekend”.  I won’t go into the yucky details, but let’s just say that drinking nasty stuff and not eating (AGAIN) for several days did, in fact, ruin my weekend!

A Humbling Day Before Surgery

That Sunday, the day before my surgery, was very busy and nerve-wracking, but it was also a very blessed and emotional day.

To begin, our oldest decided to get baptized that morning during church services. It touched my heart to see her act on her faith!

Later, between services, I was talking to a group of close friends. One of them mentioned that some elderly folks say, “If you make to spring, you’ll make it all year.” Since the next day was the first day of spring AND my surgery was in the morning, I replied, “Well, I just need to live through tomorrow, and I’m good!”

I thought I was pretty hilarious, but my friends threw a fit! Even now, I still think it was awesome. You can’t take life so seriously, because nobody gets out of it alive!!!

Later in the service, my husband and I were called forward, where several leaders of our church prayed over us and anointed our heads with oil.  I’ve never had someone do that for me before, and it was so humbling. The love we could feel from our church family was incredible!

Heading to the Hospital

The next morning, we had to be at the hospital SUPER early! Surgery was scheduled for 8:00 a.m., so we had to be there around 6:00.  I wasn’t allowed to wear contacts, any makeup, perfume, or lotion. Some family members and our minister met us at the surgery waiting room and we waited together.

Finally, they started calling groups of people to get prepped.  When my name was called, I moved forward nervously, not really knowing what to expect.  The receptionist looked at our group, turned to stare at me, and then announced, “If anyone here is younger than 18, you must have a parent with you.”

Realizing she meant ME, I ran back to my family!  “She thinks I’m under 18!” I practically sang to them. The thought of her thinking I was so much younger was so hilarious that I couldn’t help but cackle as I jogged back to the waiting group.  At this point, I think she figured out her mistake!

The pre-surgery prep zipped by so fast, that I don’t really remember much of the early stuff.  One thing that sticks out is my nurse looked just like my Aunt Ruth. I hadn’t seen her in years but she did call me a few days beforehand to check on me. So, I took it as a good sign for the day!

As the time for surgery got closer, I started getting EXTREMELY anxious, so they gave me some “I don’t care” medicine (that’s literally what they call it), and the next thing I knew I woke up in the recovery room.

I don’t remember a whole lot about the recovery room or the 2 days I spent in ICU. I vaguely remember some visitors stopping by to visit. A lot of them stayed in the waiting room to check on Chris. They didn’t want to wear me out, and the nurses wouldn’t allow that anyway.

Surgery Was a Success!

I almost forgot to add that surgery was a huge success!  It took less than 4 hours (the average time was 6-8 hours), and Dr. W said that the tumor seemed to be contained.  They sent some samples off for testing (standard procedure) He also recommended chemotherapy, just in case they missed something.

After 2 days in ICU, they wheeled me up to the cancer treatment floor for my remaining stay.  A friend of ours was the head nurse there, which made me feel much better about being there! The nurses were so kind and helpful.

I had visits with my doctor and his associates at least once a day. They all said I looked amazing, which I wasn’t really feeling. But I guess, for a Whipple patient, I was in good shape!

I also had TONS Of family, work, and church friends stop by. The amount of love and support everyone gave me was truly amazing! I guess you never know how many people care about you until you go through something like cancer.

After 8 more days, I was finally able to go home!  I remember how excited I was to see my husband and kids, use my own bathroom, eat my own food, and sleep in my own BED!!! However, I soon realized that being home and getting started on treatments was going to be harder than I ever imagined.

I hope you’ve enjoyed reading about my cancer surgery experience. If you have a surgery story, I would love to hear it! Drop me an email or feel free to comment below. And of course, feel free to share this post via social media and email. 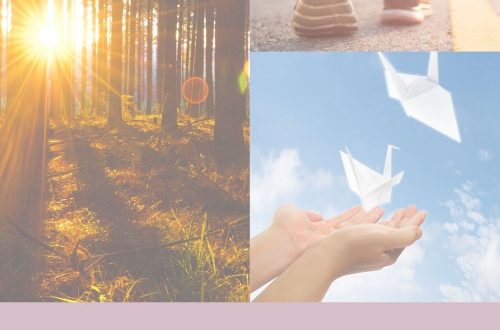 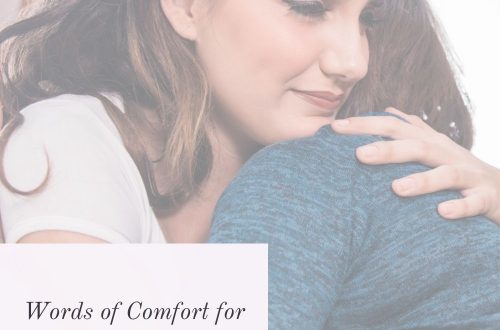 7 Comforting Words for Someone With Cancer 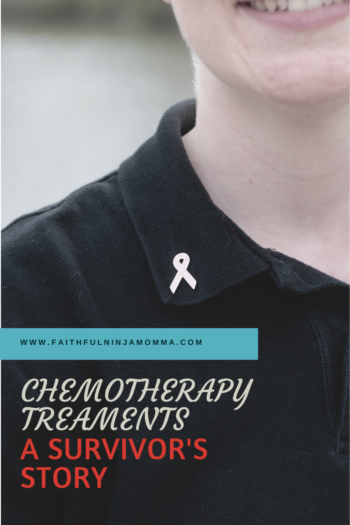